Thoughts, Tutorials, and Musings from a DevOper's mind 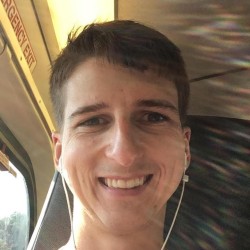 There are countless videos out there showing you how to make a single nested form. That is, a form that accepts two models. This tutorial is different in that it shows you how to make a 3+ nested form. Let’s get started. First, we’ll make a new rails app, $ rails new nested-forms and enter into the directory. To complete the nesting, we will be using three models, show, season, and episode. Each show has many seasons which have many episodes

then our second model, season:

Note how we include a reference to show, it will be included in our migrations. Now let’s edit our models to apply the associations:

and then add to our controller:

and finally, let’s update our form to render these fields:

Notice how we chain fields_for onto form and then pass our new variable s into the block. This is what creates the association.

We’ve now completed our first nest. Try it out. Fire up the server, go to /shows/new and create a new show with a title and number (the number won’t show up after creation because we haven’t added it to the show view)

Similar to to how seasons referenced show, our new model references seasons.

To get the tri-nested form inside the nested form, we basically have to repeat the procedure as above, but this time inside of season

First, we edit the models:

then edit the shows_controller to accept further nested attributes:

and then, finally, the form:

Now, migrate the changes. When you fire up the server and go to /shows/new you should see three fields, a show, a number, and a title. Try submitting a new record and examine it in rails console and you should see that it is accepting all records.

To keep nesting, just repeat the above instructions again until you pass out.

I hope that you find this article useful for developing rails applications. If you have any questions or comments feel free to leave a comment below, or tweet at me: @andyduss